More Details about the Stanley Cup for Bettors 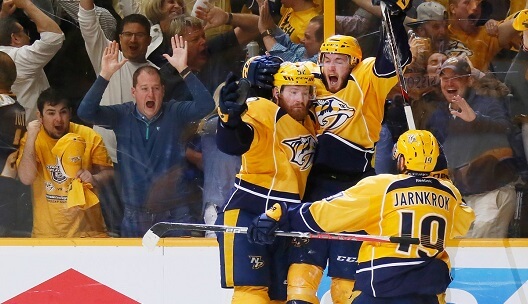 Ice hockey is an extremely exciting, fast paced game, played all over the world wherever a patch of smooth ice can be found. Even in the countries where there is not a drop of ice in winter, is ice hockey played. In the northern hemisphere, with their cold snowy winters, it is a favourite game and is played by everyone who can wield a stick and hit a puck, even just for fun on the local iced up pond. On ice rinks all over the world, it is a game taken very seriously, and by no country more than North America.

The Stanley Cup is the oldest professional sports trophy in North America. It was originally a challenge trophy, and the champions held on to the cup until they lost the league title to another club, or a champion from another league issued a formal challenge and subsequently defeated the reigning champions in a special game. Beginning in 1915 the Cup was officially won by the winner of the annual interleague championship between the champion of the National Hockey Association and the champion of the Pacific Hockey Association.

After a series of league mergers it became the championship trophy of the National Hockey League (NHL) in 1926. Today, the championship round of the NHL’s playoffs is a best of seven series played between the winners of the Eastern and Western Conferences.

The Stanley Cup has been won and contested since 1893, when the Montreal Hockey Club was the first winner. The Stanley Cup final winner would then have to defend its trophy through the league championships and the challenge matches or series organizes by the Stanley Cup trustees. After 1912 the trustees ordered that challenges only take place after league season matches were completed.

The teams that has won the Stanley Cup the most times is the Montreal Canadians, who have won twenty four times, with the Detroit Red Wings and Toronto Maple Leafs being second and third, although quite some way behind.

The Montreal Canadians have a few other records too, among them the most appearances without a loss. The first winner of the Stanley Cup was the Montreal Amateur Athletic Association hockey club, in 1893. Ironically Lord Stanley never witnessed a championship game nor presented his trophy, having returned to England in the middle of the 1893 season. Nevertheless, the competition for the Stanley Cup has become one of the world’s most prestigious sporting competitions. The winner of the Stanley cup final in 2015 was the Chicago Blackhawks.

The Internet has completely changed the sports betting outlook, and has become so much easier for bettors to take part on an online site. Ice hockey excels in that it provides a wide range of betting options as well as a large community eager to wager on the different league matches and tournaments, and on the Stanley Cup final.

As has become evident with ice hockey betting the more we go into it, that there is ever more to discover, and so punters of North America are urged to investigate this great game and betting opportunity for the potential gold mine it could turn out to be.